We had a brilliant time in First Class flexing our narrative muscles before the Easter break. We looked at ways to find ideas for new stories and got a lot of help from paintings by Mary Swanzy, Hokusai and others.
We asked lots of questions about each image, wondering what was going on, who were the people in the pictures, what they were doing, what they were saying, feeling, what happened just before, what might happen next and so on. That got us (sneakily) thinking about character, plot, setting and all the things you need to build a story.
As for the answers to these questions… we made them up, using clues from the paintings, so that they were all right! 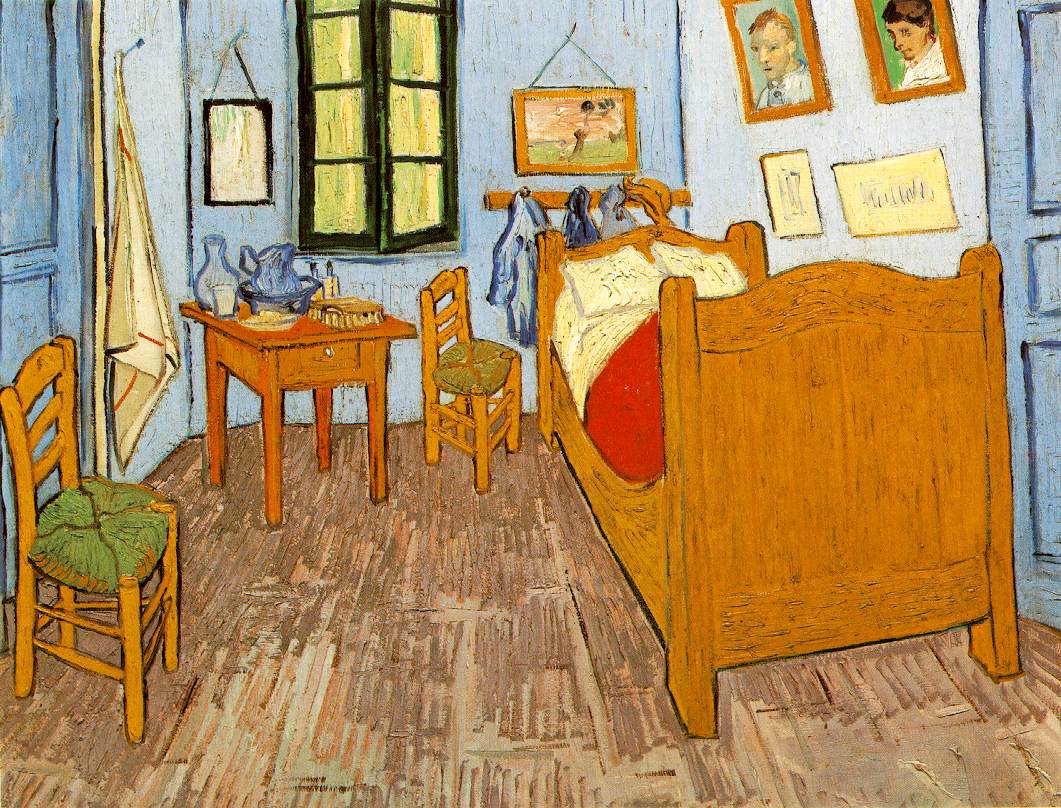 Then we put everything together in order and created a collective story with a little help from Vincent Van Gogh's Bedroom in Arles. Who lives there? Where are they now? Will they come back? Why is it all green behind the window? Is the house in a cornfield or a jungle? Or is it that the house is tiny and it's only normal grass growing outside?...
Here is our story, enjoy! (By the way, First Class, we're going to need a title!)
Two magic people lived in a tiny house. Their job was to get rid of human people’s rubbish.
But one day, they got rubbish that was really dangerous to both humans and fairies: a jar of killer bugs!
So they went off to get rid of it as far away from everyone as they could. But outside in the tall grass they were attacked by a giant poisonous snake that swallowed them up!
Inside the snake’s tummy, they opened up the jar. The killer bugs started eating the snake from the inside out. The snake died and the bugs too (because of the poison in the snake’s blood).
They climbed out of the snake and went home, determined to have a word with the humans about producing such dangerous rubbish in the first place…
Everyone got to write their own picture-inspired story after that, and to work on the tricky issue of structure or story map. That's how we realised that some plans are better than others, with some being too boring, too simple, too complicated or too what-just-happened-? Finding the right balance is really hard, but this lot really gave it their best and did a great job!
I can't wait to see their finished pieces after the break!
Posted by Juliette Saumande at 11:31 No comments: Links to this post

We're going to catch a big one! 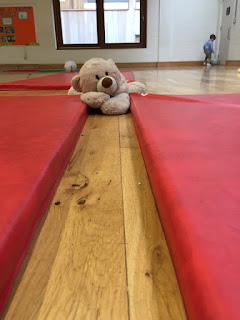 We went on a bear hunt in Baby Book Club this week! We were not scared. Not one little bit. At all. But we were awfully glad to be back home under the covers and we agreed we would never go again.
That said, that lonely bear looking at the sea at the very end got us thinking that maybe he had just been trying to make friends. He only went about it the wrong way…
We stopped our theorising just short of wondering whether maybe going on a HUNT wasn't a very nice idea in the first place, but that might be for next time! 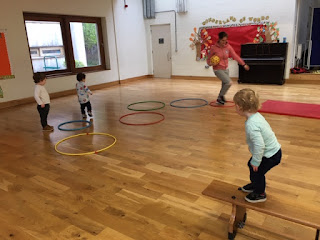 After that, we had our own adventure: an obstacle course in the hall where the bear was chasing us. We ran, we jumped, we tumbled, we hopped and that was only the grown-ups! I'm fully expecting everyone to have a lovely quiet time after this…
As promised, here are the links to the songs and videos. What a beautiful day! :)

The Bare Necessities (from The Jungle Book)

Toddler Completes Obstacle Course
Posted by Juliette Saumande at 11:49 No comments: Links to this post 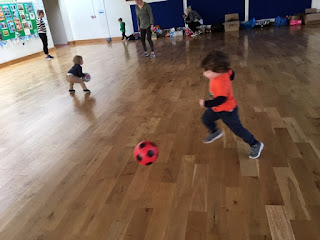 We had a very sporty session at Baby Book Club, flexing a number physical and metaphorical muscles… We read the Noisy Football Match by Sam Taplin and Lee Wildish and enjoyed using our footy vocabulary to comment on the action: a kick! a goal! a win! We loved pressing those trickier-than-they-look buttons to make the ref blow his whistle and the crowd roar. (We would have liked to see girls on the teams, but for now you'll have to look for them in the books I suggested on the sheet) (go Maisy Mouse!) (or you might check these football books for kids of all ages)
Next, for a special treat, we went in a very orderly fashion into the hall, like a team entering the pitch. The wide open space was all ours and we made the best of it. We ran, we kicked, we passed, we dribbled, we scored. We played about 4 matches simultaneously and the parent-goalies did an excellent job too. Some of us developed a nice pass-and-shot combo, so there was even the beginnings of an element of collaboration there.

As promised, here are the links to the songs and videos, all about the beautiful game…

The opening of classic kids animé Captain Tsubasa, in Japanese!
Posted by Juliette Saumande at 11:44 No comments: Links to this post