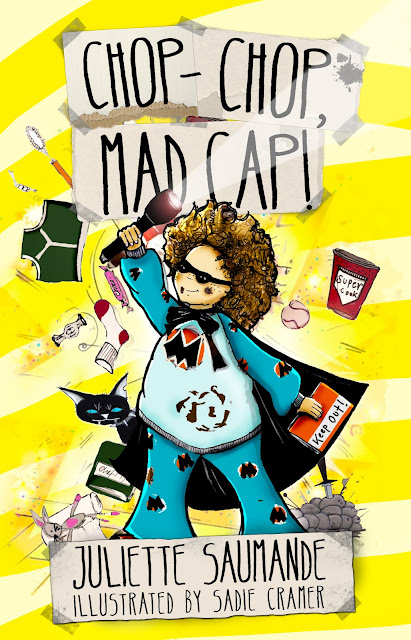 Chop-Chop, Mad Cap! is my first novel in English and it's a fun-silly-crazy story involving disappearing butchers, killer cats, geniuses, heroes and tapdancing. It is illustrated by super Sadie Cramer, published by Little Island and can be found in lots of good places.

For a free sample head over here.
For teacher's notes, games and questions it's down there (and free, too, of course).

And here's a bit of praise if you need more convincing...

This is a thoroughly enjoyable read for young, confident readers. Mad Cap is personable, funny and the kind of girl you'd want to have around. The setting and events provide great excitement. It can be difficult to find a book with a central girl character that is strong, likable and true to life. But here she is! The flow of the story and the relationship between the characters make it highly suitable for boys and girls alike. And the presentation of the book adds to this notion, as the illustrations and cover do not rely on a feminine 'pink-girly' image, even though the central character is a girl. A great, new read... but be prepared for your own little super-heroes to be inspired into action. Utterly recommended!! Mary Esther Judy, Dubray Books Galway

'... its zany capers will amuse readers of eight plus.' Sarah Webb, Irish Independent

'... a gentle tale, with many of the elements of a traditional mystery adventure. It should appeal to girls and boys alike who fancy themselves as young detectives ...' Inis magazine

'... this book takes the reader on a whirlwind tour of Barnaby Street. The bold graphic quality of the illustrations captures the ups and downs of the lovable heroine and her imaginative escapades.' Bookfest 2012 Recommended Reads Age 9-11

'Chop-chop, Mad Cap! is written by a French author living in Dublin, who has completely captured her adopted language and humour. The plot is fun, silly and hilarious. ... it is written with an incredibly funny sense of humour. It is a book that will appeal equally to boys and girls ...' The School Librarian 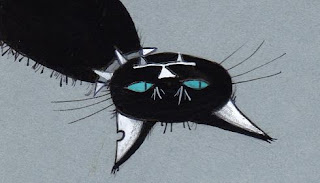